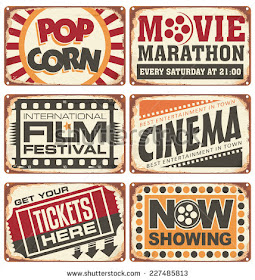 Dealing with multiple sclerosis, especially as it advances, can be an all-encompassing, overwhelming pain in the buttocks. We all need our diversions and these can be increasingly hard to find as the disease diminishes access to the outside world, especially during the winter months when wonky limbs and overwhelming fatigue can make it almost impossible to get outside without assistance. Thankfully, in this age of streaming media on electronic gizmos of all shapes and sizes, there’s a seemingly infinite universe of high-quality films and TV shows available for the watching, so watch I do. Nothing like losing yourself in a great flick or binge-watching an engrossing TV series to temporarily keep thoughts of the MS beast at bay.

Last year I posted a list of some of my favorite, somewhat obscure films (click here). I figured it’s about time to put together another such inventory – especially since I’m not in the mood to write yet another essay excoriating the MS status quo or plumbing the depths of my own experience with the disease. Time enough for that later, but for now here’s a list of some of the movies and TV shows I’ve been keeping myself occupied with of late.

There are a few oldies but goodies sprinkled in here, as well as some foreign fare. For those who are put off by the prospect of subtitles, I’d urge you to give at least one or two of these suggestions a try, as I’ve found that watching foreign flicks is like virtual tourism. I love soaking in the little details and differences of life in foreign lands, from local social customs and dress to such esoterica as the differences in light switches and bathroom fixtures, even if it's only by way of TV screen. Nothing like taking a short trip to Paris or Belgium while sitting in your wheelchair, stuck in your living room wearing nothing but your skivvies. And I promise, if what you're watching is good enough, before you know it you won't even realize that you're reading subtitles.

Please feel free to comment on any of my selections or to supply a few of your own in the comments section of this post. Enjoy…

The Grand Hotel Budapest – This quirky gem by director Wes Anderson is a sheer delight. A visitor to a long in the tooth but once grand hotel is told an enchanting tale of the venue’s glory days by a stranger he meets in the lobby. The film swoops and swerves as it follows the adventures of the hotel’s once legendary concierge and his sidekick lobby boy as they traverse a fictionalized and fantasized Europe in the time between the two world wars, getting mixed up in all sorts of absurdist escapades along the way. This is kookiness and eccentricity at its best, filled with heart, sentiment, tremendous humor, and a sense of pure revelry. Available to rent from Amazon video.

Boy – from the same director as Hunt for the Wildepeople (Taiki Waititi) – which I recommended in my last list – this charmer from New Zealand is the coming-of-age story of an 11-year-old Michael Jackson obsessed Maori boy as he gets to know his miscreant father, who is just back from a stint in jail. Set in 1984, the film is original and whimsical, heartfelt and idiosyncratic, as we follow the father’s comically obsessive search for ill-gotten money he buried in a field years before, employing the help of his inept outlaw gang and his son’s friends and acquaintances. Included are priceless reenactments of some of Michael Jackson’s most famous videos, including this Maori version of “Thriller.” Available for streaming on Amazon Prime…

The Swimmer – This all but forgotten 1968 Film is perhaps more pertinent today than when it was made 50 years ago. Starring the great Burt Lancaster as what initially seems to be a gregarious and successful ad man, The Swimmer follows this character as he makes his way across a wealthy Connecticut suburb one beautiful summer day, on a quixotic quest to swim home by stopping in his neighbors’ backyards and doing one lap in each of their pools. At each stop, the reality of the character is slowly revealed, his initial polished veneer stripped away bit by bit. The film explores the shallowness of a consumerist society that defines the value of a human being by the material goods they possess and shines a light on the lies we tell to others as well as the ones we tell ourselves. Based on a John Cheever short story, some of the cinematic techniques used seem a bit dated now, a half century after the film’s production, but the themes it explores and Lancaster’s stellar performance transcend any such quibbles. Available for rent on Amazon video.

Let The Right One In – this Swedish film focuses on a bullied 13-year-old boy who is befriended by his new neighbor, a mysterious 12-year-old girl who he only sees at night, and who sometimes smells a little funny. Okay, I’ll let the cat out of the bag – she’s a vampire, but I would hardly label this a vampire film. Let The Right One In tells a story of affection, devotion, alienation, and manipulation in a stark and intimate way. Although there is some blood spilled along the way, the story is more existentialist than horrific. Beautifully shot and directed, the film is set in a desolate and icy town outside of Stockholm. This is a cerebral film that leaves plenty of room for interpretation and is one of those movies that sticks with you for quite a while after viewing. Let The Right One In was remade in an English version as Let Me In, which is also quite good but a bit more straightforward in the telling than the original. I personally prefer the Swedish version, but the two films are good enough to warrant watching both. Start with the original Swedish version, though, unless you just can’t stand the thought of subtitles. Both films are available for rent on Amazon video.

Broadchurch – this magnificent British crime drama features a big-city police detective with skeletons in his closet who finds himself reassigned to a small coastal town in northern England. The show is three seasons long, with eight episodes per season. Seasons one and two deal with the murder of a young boy and its aftermath, which threatens to tear all involved and the town itself apart at the seams. Season three focuses on the investigation of a sexual assault, while the principles still contend with the emotional fallout of the crime investigated in the first two seasons. This show is about as good as it gets, with acting, tone, and content all achieving perfect pitch. The characters are intricate, the writing spot on, and the scenery itself breathtaking. I can’t recommend Broadchurch highly enough. Available for streaming on Netflix.

Hotel Beau Sejour – I absolutely loved this Belgian show. Kato, an appealing young woman, wakes up to find her own murdered body in the bathtub of an old hotel undergoing renovation. Confused and disoriented, she makes her way back to town and slowly realizes that she is indeed dead, but that five of her friends and family can still see her. Determined to unravel the mystery of her murder (she can’t remember anything from the night of her death), she sets about trying to assist in the solving of the crime as best a ghost can. As Kato struggles to uncover the truth, she discovers the secrets and deceptions of nearly all involved, secrets that even those who hold them are loathe to confront. I found this 10 episode series to be addictive, so much so that binge-watching seemed to be the only option. An added bonus, for me at least, is that the characters speak Flemish, a language I’d never before heard spoken and which seems to be a mix of Dutch, German, French, and English. Again, I’d urge not to let the prospect of subtitles deter you. Though there are some lapses in logic – why does a ghost need to wear a helmet when riding a motorbike? – this is a terrific show. Available for streaming on Netflix.

The Returned – this French series is spooky and disconcerting in the best possible way. Set in a remote French town that has suffered through a series of past tragedies, the community is once again rocked when some of its dead start returning in seeming perfect health and at the same age they were when they died. They have no sense of their own deaths and have no idea how or why they were resurrected. Shot in muted colors that perfectly match the mood of the series, The Returned explores the wounds of what might have been, and whether or not that those who were once given up for lost can ever truly be fully recovered. Throw in the resumption of a series of killings that had stopped years before, and you have the makings of an engrossingly moody Gallic meditation on the circle of life and the nature of good and evil. The show is two seasons long, eight episodes per season, and is available for streaming on Netflix. (Please note, this series spawned several remakes, including an absolutely horrendous American TV network version and a word for word English translation of season one that aired on the A&E network. I haven’t seen the latter, but only one season was produced, so the A&E version does not come to any resolution. This version is also available on Netflix, though, so please make sure to pick the original French version, which was titled Les Revenants).

Glitch – this is an Australian take on The Returned. It’s a markedly different show than The Returned, absent the moodiness and mystery of the original, but is excellent in its own way. Glitch doesn’t spend much time contemplating the metaphysical ramifications of resurrection, instead placing its focus on the personal histories of seven folks who have clawed their way out of the cemetery of a small western Australian town – most are from different historical periods – and on the science that brought them back. There are some shady characters about, most connected to a suspicious pharmaceutical company located in the vicinity. Each of the resurrected has a fascinating backstory, which they only start remembering in pieces. Much of the show is driven by each character attempting to put together their own personal history and the circumstances of their death. As the show progresses, it becomes more bittersweet than spooky and evolves into more of a thriller than a study in horror or philosophy. Despite its differences from The Returned, both shows had my wife and I hooked early on. Glitch is available for streaming on Netflix, but be forewarned that to date only two seasons have been produced, with the third seemingly still up in the air. The show doesn’t come to any hard resolution, but I found it so enjoyable that it warranted a mention regardless.

Hope you enjoy some or all of these picks. As mentioned earlier, please feel free to use the comments section to voice your own opinions or offer some viewing suggestions for fellow WK readers.

WHEELCHAIR KAMIKAZE SNEAK PREVIEW: I recently conducted a 90 minute interview with a naturopathic doctor who specializes in treating MS patients. The interview is jampacked with lots of important information and actionable ideas. I should be posting the first part sometime in the next several weeks – I have a lot of transcribing in front of me – and I think this interview will be of great value to WK readers.
Posted at 11:39 PM
Share