A Stranger in Strange Lands 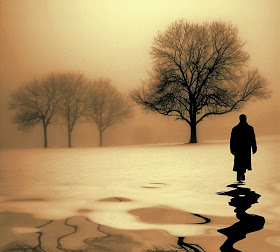 Way back in the summer of 1989, just about a month before my 26th birthday, I unintentionally found myself living in South Florida. An unfortunate confluence of bad decisions on my part, ill will on the part of others, and an ample dose of plain old rotten luck landed me in an environ in which I never intended to land. Without getting into the gory details, suffice it to say that for me Florida was a refuge of last resort, a place I had visited fairly often (I’d long had family living there) but one which I’d never even considered a spot in which I might one day actually reside. In fact, if asked just a few months before if my living in Florida were even a remote possibility, I would have looked at the questioner as if they were totally insane. I knew on a very basic level that the Sunshine State and I would never make for a comfortable fit, but lo and behold, there I was, an accidental Floridian, ill-suited to the place by any number of measures.

Now, there’s nothing inherently wrong with South Florida; some people find the locale a paradise. I’m just not one of those people. Before arriving in Fort Lauderdale I had spent my young adult years living a quirky Bohemian existence, primarily in Boston but also for a short time in my native New York City. I’d never held a full-time job and had inhabited an eccentric and lively subculture of writers, artists and musicians, or at least wannabe writers, artists and musicians, that formed what sociologists refer to as an urban tribe, with its own customs, values and interests that quite often veered significantly from those of the mainstream.

In both Boston and New York such enclaves were woven into the fabric of city life and like-minded spirits abounded. Fort Lauderdale, though, held little in the way of such a community. Either by nature or nurture (or both) I was temperamentally completely at odds with the place. Whereas I’d always deeply appreciated the muted beauty of a cloudy day, Florida exalts in its status as The Sunshine State. Fort Lauderdale is renowned for its beaches; I detest the feeling of sand between my toes. If Florida is Ying, I am Yang. Despite Zen ideals, this particular combination of Ying and Yang did not produce harmony, but instead a feeling inside me of perpetual discord that eventually led to a crisis of spirit.

Despite my ongoing sense of otherness I remained in Florida for about 10 years, a fact I still have difficulty reconciling, particularly to myself. When I arrived in Florida I was pretty much out of options and had hazy plans of staying maybe 6-12 months. And then I suppose life just took over. I halfheartedly stumbled into my first ever full-time job, working as a low-level video producer for a local cable television company, a quirky enough position in which I had lots of fun but made very little money. In spite of my always feeling like a piglet among puppies I eventually managed to fashion an active social life and find friends and lovers, and though I grew extremely close to some of them, many were quite different from the folks I naturally gravitated to up North. This taught me a lesson that remains one of the few net positives that I took away from my time in Florida: to not prejudge people based on externals alone. Given half a chance, people of all stripes can be full of delightful surprises.

After a few years, my oddball job working for the cable company led to a more lucrative and much more structured position in a marketing company, and that to yet another career builder in an even more stifling corporate environment. While this evolution provided financial comfort, it also shoehorned me into a day-to-day lifestyle that only a few years earlier I had adamantly and vociferously forsworn. At times I barely recognized the clean-cut young man knotting a necktie who looked back at me in the mirror, feeling as if I were living a life deep undercover or, worse yet, as a feckless imposter. Beneath the surface my native eccentric impulses still simmered, but somewhere along the line I had allowed myself to become a passionate man living a passionless existence.

Along the road to this begrudging semi assimilation I lost track of who I once was, the essence of “me” that existed still at the core of my being. This created a spiritual and psychological void that led to terrible cognitive dissonance, manifesting as what I can only describe as a desiccation of the soul. As the years wore on I grew increasingly discontented but found myself caught in a self-imposed catch 22, shackled by the responsibilities of the very lifestyle that was causing me such massive dissatisfaction. The mental blinders I developed in a misguided attempt to stay the course served also to keep me from seeing a way out.

During my last few years in Florida I started experiencing a variety of strange physical symptoms that subsequently turned out to be a subtle presage of the physical crisis to come. Finally, after nearly a decade, the breakup of a long-term romantic relationship provided me with some long overdue escape velocity and I made my way back to New York. Despite the tropical beauty of parts of South Florida, my favorite view of the place turned out to be the one in my rearview mirror.

Arriving back in New York felt like pulling on a favorite pair of well broken-in jeans, once thought lost but happily rediscovered. Before long things started to almost magically fall into place; I reconnected with dear old friends, landed a promising high profile job in a very prestigious but funky outpost of a worldwide mega-media company, and, just a little over a year after returning to NYC, met the marvelous woman who I would eventually marry.

Things seemingly couldn’t have gone much better until – after four years back in New York and just weeks before my first wedding anniversary – the nagging physical symptoms that began back in Florida finally became too pronounced to ignore and I was soon diagnosed with progressive multiple sclerosis. Even though I’d had a sense for years that things weren’t quite right physically, nothing could have prepared me for the maelstrom that would soon erupt within and around me as I was forced into the world of creeping paralysis, once again a stranger in a very strange land, limping down a path for which no roadmap existed. My discarded crisis of spirit was now replaced by a crisis of body.

Despite the best efforts of me and my doctors my disease progressed quite rapidly. Less than four years after my diagnosis I was forced to quit work and go on long-term disability. About a year and a half later I found myself in a wheelchair, the right side of my body withering and my left side beginning to weaken. Quite unexpectedly, these developments allowed parts of me that had been buried for decades to take root and blossom. The gaping holes in my life left by the excision of work and social obligations were soon filled by pursuits and passions that had for far too long been subjugated by the realities and responsibilities of adulthood. Further, my attempts to save my own backside by learning as much as possible about my disease and the ongoing research into treating it injected a sense of purpose and glimmer of light into this murky and frightening new world.

Not to say that my getting sick was in any way fortuitous or – gack! – a blessing. But my increasing disabilities served to strip my life bare as I became less and less able to utilize the trappings of the land of the healthy, rendering an ever-increasing list of everyday objects little or no use to me, luxuries and perceived necessities that had served not too long ago as balms providing superficial comfort and satisfaction, particularly during my wayward days lurching through life in South Florida.

Slowly a curtain of artifice began to lift, and looking at the healthy world from the outside in revealed the synthetic nature of the forces driving most people’s lives; the unappeasable wants and desires conjured by insatiable consumerism, the intentional discontent fostered by a social order that thrives on keeping its populace in a perpetual state of simmering dissatisfaction. During my Florida days these machinations led me down a primrose path, but in my increasingly compromised physical state I began to see with startling clarity that the frenzied world of imposed needs and longings that I once inhabited depends on no thing – no object, person, or sense of self – ever being good enough. No wonder antidepressants are being gobbled by the ton.

Paradoxically, the crisis of body that came all too soon on the heels of my Floridian crisis of spirit allowed that spirit to take root and blossom, freed by unfortunate circumstance to flourish in the absence of any preconceived notions of success and failure. Perhaps the most maddening aspect of this creeping paralysis is that it very likely will never allow me to fully utilize the lessons learned, to put into action in that ever receding land of the healthy the bits of wisdom and insight garnered by being forced to endure what I once believed to be unendurable. Has the experience of prolonged debilitating illness left me unsuited for a life back among the healthy? Now there’s a problem I wouldn’t mind facing, to once again be a stranger in that strange land.

As for the world I now occupy, this truly bizarre land of multiple sclerosis, I intend to always be a stranger within. Although so many of my fellow inhabitants are among the most inspiring people I’ve ever come to know, I will not – I cannot – accept citizenship in this nation. If I was haphazardly thrust out of my element by my never intended move to Florida, I’m a willful alien in this place. No MS green card for me, thank you.

And so I find myself a stranger in two strange lands, the worlds of the sick and the healthy. Maybe it was my destiny to always be the stranger, or perhaps I’m just strange. In either case, vive la diffèrence!

Well, just as long as I don’t have to vive it in Florida…
Posted at 9:47 PM
Share