We must free ourselves of the hope that the seas will ever rest. We must learn to sail in high winds.
– Aristotle Onassis 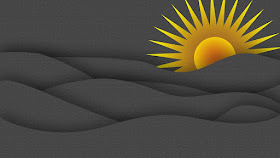 Of late I’ve been navigating choppy waters, my physical problems becoming ever more pronounced and complicated, the progression of my disease along with its attendant disabilities charging ahead relentlessly. At this stage of the game I’m fully aware that there are no easy answers forthcoming. In addition to my ever-increasing crippling neurologic deficits, my highly dysfunctional endocrine system continues to defy explanation and remedy, and – as if these previous two beasties weren’t enough – a hideously painful degenerative bone disease called avascular necrosis has shattered both of my hips and shoulders, a condition which exponentially decreases my already gutted quality of life. The kicker is that the avascular necrosis is a rare side effect from the high doses of IV steroids I was given early on in my MS career in attempts to forestall the progression of the disease, and I was probably all the more susceptible to the condition due to my then largely misunderstood endocrine problems. This tangled web of maladies seems symbiotic. Each multiplies the problems caused by the others, forming a devilish trio that has me directly in its sites.

Still, even as the body flounders my spirit soldiers on, admittedly bowed but still unbroken. Though on an intellectual level I’ve long recognized the ruinous damage that can be wrought by progressive MS, I honestly never imagined or expected that I’d reach the level of decrepitude at which I now find myself. Given my extensive laundry list of failed and failing body parts, at this point there are moments when I realize how easy it would be to simply throw in the towel. Instead, I choose to continue the fight, and even in the midst of my ongoing crises of spirit and body, I can’t help but wonder, why? What is the nature of the spark within that steadfastly refuses to be doused?

When I was a little boy I had great fun rummaging through piles of old family photos with my grandmother, visual relics haphazardly collected in a variety of well-worn boxes stored up in her bedroom closet. It seemed there was a story attached to each image, and I delighted in seeing my adult relatives as their much younger selves in long ago moments forever frozen in time. I knew most of the people in the pictures, but there were of course photos of people I had never met; people who had died, old friends who had drifted away, or folks who had otherwise been lost to time.

Among the oldest photos in this treasure trove were yellowed, cracked images of my European ancestors who hadn’t migrated to the United States at the end of the 19th century. I remember staring at these pictures especially intently, and I vividly recall seeing one small boy with whom I bore a striking resemblance. Because of this resemblance I felt a strong bond with this mysterious person, so distant from me in time and place. As a young boy I couldn’t help but be mesmerized by this reflection of myself in a photo more than half a century old.

When I first saw these ancient photos of my ancestors I was quite young, maybe five years old, and when I asked what happened to the people in them my queries were always met with a strange silence. When I asked again just a few years later, though, I was finally told that those who had lived long enough to see the outbreak of World War II had all been murdered, victims of the Nazi Holocaust. Naturally, this news had a profound effect on me. Though I don’t think the message was ever explicitly communicated, I knew in my bones that part of these people still lived in me, their blood running through my veins. As I grew older I came to feel that my very existence somehow defied the horrors that had been visited upon them, and that my life represented a victory over those who had inflicted unthinkable evils on my long lost relatives.

I was brought up with virtually no religious training, and frankly don’t have much use for organized religion, but I do culturally identify quite strongly with my Jewish heritage. Early on I developed a keen interest in the Holocaust. As I learned more and more about the realities of camps like Auschwitz, Treblinka, and Sobibor, I often wondered how anybody could have survived the raging inferno of daily life in those malevolent places, the level of depravity inflicted upon those imprisoned within them beyond description by the words of any language. Some inmates survived years in those camps, month after month spent subjected to endless horror. What is it that resides within the human spirit that keeps alive the will to live, to make it through just one more day despite being trapped in a world in which wholesale torture and murder are rendered banal? The atrocities inflicted upon these people and to which they bore daily witness defy understanding in any rational sense, and yet the sheer determination to live stood strong.

When I first started my career in TV and video production I was living in South Florida, then home to more Holocaust survivors than any place other than Israel. In one of those odd coincidences that mark the path of life, one of my first assignments as a Producer at a local cable company was to help document the testimony of survivors by recording their stories on videotape. My role was to man the video control room of our studio, choosing between camera angles using a device called a switcher while on our soundstage a professional interviewer led each survivor through their narrative, parts of which many of the survivors had never before spoken a word.

Though I participated in at least a dozen of these interviews, the experience was always emotionally wracking. In each instance an elderly grandmother or grandfather would arrive at the facility, by all appearances just like every other senior citizen retired to Florida, save for the numbers invariably tattooed on the forearms. Each interview started off rather routinely, the survivors telling tales of everyday life with their families in small towns or big cities located all over Europe and Russia. Soon though their stories took a dark turn, and out of the mouths of these sweet old people poured forth depraved accounts of heartbreak and cruelty that left all who heard them at first aghast and then in tears.

The experiences recounted included first hand reports of babies ripped from the arms of their mothers and killed before their eyes, friends expiring in boxcars so packed that there was no room for them to fall, and parents calming toddlers even as they were led to the gas chambers. One elegant lady lost all semblance of composure as she told of being shot and dumped into a mass grave, only to survive and crawl out from under a tangle of corpses when night fell. Many told of the heroism of the Gentiles that tried to save them, beacons of light shining through the some of the darkest hours civilization has ever known.

When asked how and why they were able to endure their ordeals from one day to the next, even in the most desperate of times when thoughts of liberation and freedom seemed folly, practically every one of the survivors answered that their primary reason for clinging to life was the burning hope that at least one person survive to bear witness to what happened, so that the millions of dead would not have died in vain and that mankind would never forget and let it happen again. Thus, the sheer act of living became one of rebellion, a blow struck for humanity against a world gone mad.

Now, to be sure, I am not comparing my own predicament to that of an inmate of Auschwitz in 1944, except for perhaps one tiny commonality. In the face of a daunting odds the embers of hope stay lit, even if only in defiance of a state of affairs that on some days seems without resolve. Despite the ravages of my illness and the improbability of my finding anything approaching a cure, something within simply refuses to accept my predicament but must instead fight and keep searching for answers. I am acutely aware that even if my neurologic disease were to suddenly relent I’d still be left with an endocrine system so broken as to be disabling in its own right, and that even if my endocrine issues were then miraculously stabilized I’d need to have my hips and shoulders replaced before I could leave my wheelchair. I’m not a rainbows and unicorns type of guy, but I am an obstinate SOB, and I’m not going down without a brawl.

Since the day of my diagnosis I resolved to face my illness in all of its stark reality. I fully understand that the odds of my being cured are next to nil, but if the medical geniuses could at the very least get me back to where I was five or six years ago when I was regularly out and about terrorizing pedestrians on the streets of New York in my speeding wheelchair, I’d be ecstatic. Even this attenuated wish is likely a stretch, but when my mood turns dark I think of that long-ago child in the pictures from my grandmother’s closet and determine to try to honor those whose blood runs through my veins. I am but a speck on the arc of time, my tribulations worthy of not even a footnote in the history of human suffering. I find this awareness of my own insignificance oddly comforting, a reminder that no person transcends the unyielding torrent of time. I long ago resolved to never let hope eclipse reason, yet despite the twisted knot of crippling ailments that may stack the odds against me, the defiant spark within still burns. Hope and reason are not mutually exclusive; in fact, each balances the other, combining to form a force capable of holding steady even in the roughest of seas.


A note to my fellow MSers: please let me emphasize that my situation is fairly unique in its complexities, a web of rare conditions that seem to feed off of each other. Thirteen years after my initial diagnosis, my doctors are still not even sure that my neurologic disease is MS. As I’ve written before on these pages, my neurologist and I have agreed that in my case PPMS stands for The Peculiar Paralysis of Marc Stecker. Don’t let the details of my situation dishearten you about the prospects of your own. Given the ever accelerating pace of MS research and the advances being made in laboratories around the world, MS patients have now more than ever very tangible reasons for hope. Current treatments have demonstrated in trial after trial that they can positively impact the disease course for many if not most patients, and emerging and experimental therapies now being tested provide the tantalizing promise of completely halting the disease and even repairing damage already done. At long last progressive MS is finally taking its turn as the focus of MS research, it's many mysteries slowly becoming untangled. Of course, for patients suffering from MS answers cannot come fast enough. Although there’s no denying MS remains a terrible beast, there are now more reasons than ever to have faith that this beast can and will be tamed.
Posted at 12:38 AM
Share