(A quick thank you to all who have voted for Wheelchair Kamikaze in Healthline.com's "Best Healthcare Blog" contest. Voting continues until December 12, (click here) to cast your vote…) 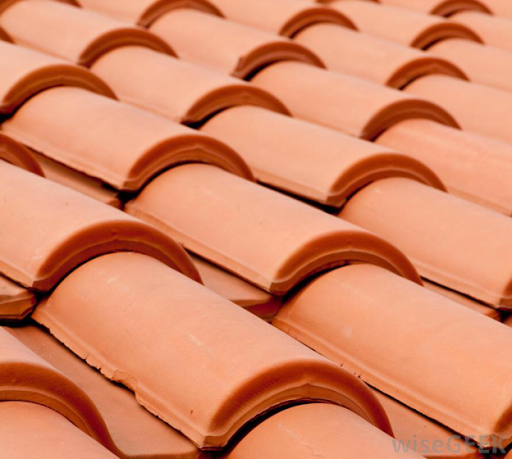 Note – this is an updated version of this post, which was originally published earlier today. This update includes further information on the shingles vaccine, added at the end of the essay, due to some concerns raised by readers over the safety of the vaccine when used in MS patients. Just wanted to ensure that these issues were addressed.

Well, it looks like the holidays have come early to my house, and rather than Santa bringing me that 1956 Porsche I've always wanted, I instead got the shingles. Yay. Guess I was on St. Nick's "naughty" list…

About two weeks ago I started feeling vaguely unwell, suffering from the kind of symptoms one typically gets before the onset of the flu. Just generally achy, no appetite, and a tremendous amount of fatigue, even for an MS patient. A few days later I was assaulted by the worst headaches I've ever experienced, jolting bolts of excruciating pain that felt as if somebody was trying to impale my skull with a red-hot stiletto behind my right ear. The pain, which exploded from the bottom of my skull forward to the area above my right eyeball, came in waves about every minute or so, and was breathtakingly debilitating. I have a lot of experience with pain due to a degenerative bone condition called Avascular Necrosis, but the searing, twisted agony I was suddenly stricken with was beyond anything I'd ever felt or even imagined.

As I sat cradling my head in my hands, trying desperately to keep my skull from blowing apart, my wife quickly googled the symptoms I was experiencing. She came up with a condition called occipital neuralgia, which can develop in MS patients. The ailment involves inflammation or damage to one of the occipital nerves, which run from the base of the skull up through the scalp, and its symptoms seemed to precisely match what I was feeling. As this was all occurring on a Saturday night, there was little I could do but suffer through it. I was absolutely not going to go to a hospital emergency room, as I long ago resolved that before I would put myself through the existential, soul crushing misery of sitting in a New York City emergency room on a Saturday night I'd have to be suffering from something no less serious than a severed limb. Much better to lay moaning in bed waiting for my skull to combust.

The next morning I called my neurologist and told him what was going on, and he agreed that my symptoms sounded like occipital neuralgia. He phoned in a prescription for gabapentin, a drug also known as Neurontin, which is used treat nerve pain. The Neurontin did indeed reduce my pain level substantially, but also made me feel completely loopy and dumb as a box of nails. Still, not a bad trade-off, all things considered. Better stupid with a dull headache than smart with a skull trying to contain a thermonuclear blast.

Later that day I noticed a slight rash on my right forehead, an area in which I sometimes get a bit of psoriasis. For reasons that doctors really can't explain, many patients with nervous system diseases also get skin conditions like psoriasis or eczema. Ask a doctor about this strange correlation and they'll likely answer you with a string of polysyllabic mumbo-jumbo, because most physicians would sooner poke their own eyes out than utter the words "I don't know", but the truth is this connection has long been observed but is little understood. In any event, the skin on the right side of my forehead became more inflamed as the day went on, and started getting very tender as well. By that night I noticed little blisters appearing in the rash, and I started thinking "shingles".

The next day, Monday, I called my neuro's office and told them I suspected I had a case of shingles, and they told me to come right in. After a brief examination, the neurologist I saw confirmed that I probably had shingles, but advised me to see a dermatologist ASAP to nail down the diagnosis. I saw a dermatologist the following morning, and she concurred that I did indeed have shingles. I told her that I would rather have a spiral staircase, and she just stared at me blankly. I hate doctors with no sense of humor. She did say that the severe headaches I had experienced were typical for people developing shingles on their forehead and scalp, so that at least explained the pain I was feeling.

Shingles is a condition caused by the varicella zoster virus, also known as the herpes zoster virus. This is the virus that causes chickenpox, which was very common among children of my generation, back before most kids were given the chickenpox vaccine. I had chickenpox when I was six years old. The varicella zoster virus is a human herpes virus (click here), a family of viruses that also includes Epstein-Barr virus and the viruses that cause oral and genital herpes. In total, there are eight known human herpes viruses, which all share a common trait: once a person is infected with them, they are infected for life.

In the case of the varicella zoster virus, after causing chickenpox the virus goes into deep hibernation, taking refuge in the root cells of nerves. Later in life, usually when a person is older than 50, the virus can suddenly wake up and migrate down the path of the nerve to the skin, where it causes the painful rash that is the hallmark of shingles. There is now a shingles vaccine that can greatly decrease the chance of a person infected with herpes zoster to develop shingles, but I never asked for the shot. I'd seen countless commercials for the vaccine, and had thought to myself, "self, you should probably get that vaccine", but as I am generally nauseated by prescription drug advertising I refused to be swayed by the pharmaceutical companies' slick efforts to hawk their product. Stupid me.

While I did know that shingles involve a painful rash, I didn't know that the condition also commonly makes patients feel like absolute crap for weeks on end. Those initial flulike symptoms I was experiencing in the days before I developed the searing headaches and then the rash have blossomed into full-fledged misery, leaving me feeling like I just tried to kiss the "A" train between stops. I still have a dull headache, my muscles hurt, I feel feverish (even though I have no fever), and I'm so fatigued that I could easily sleep 20 hours a day. I'll be on antivirals for the next 30 days, which supposedly will shorten the duration of these symptoms. The blistering rash on my forehead is starting to crust over (yum), which is the first sign of healing. And, of course, as with any bug that strikes an MS patient, all of this has only made my neurologic symptoms much worse. My compromised extremities are less functional than ever, a frightening preview of what my continuing progression has in store.

I've been told to avoid contact with people until at least the end of this week, since there is a chance I could pass the virus on to folks who either never had chickenpox or were never vaccinated against them. The weird thing is that if I did pass the virus on to someone they would develop chickenpox, not shingles, since the first stage of varicella zoster infection is always chickenpox, no matter when you contract it. Avoiding people shouldn't be much for problem, as I can barely make it from my bedroom to the living room in my wheelchair. And who wants to see people anyway, when you've got a disgusting crusty rash on your forehead. Children would run screaming…

Please, take my advice – if you had chickenpox as a child, go get the shingles vaccine. I wouldn't wish what I'm currently going through on a dog. Actually, I wouldn't wish anything bad on a dog. I like dogs. Dogs are better people than most people.

Addendum: numerous readers have sent notes advising me that because the shingles vaccine contains live virus they've been told it's a no-no for MS patients. Others, though, have reported getting the vaccine with no problems.

Here's more info on the shingles vaccine and MS, from the National Multiple Sclerosis Society Website:

"Zostavax is a live-virus vaccine to prevent shingles. MS neurologists do not recommend live-virus vaccines for people with MS because these vaccines can lead to an increase in disease activity. However, Zostavax is an exception because most people have had chicken pox earlier in their lives and therefore already have the virus in their bodies. Each person needs to discuss the potential benefits and risks of this vaccine with her or his healthcare provider."

For further info, a very comprehensive article about the shingles vaccine and its use in MS patients can be found at the Multiple Sclerosis Association of America's website (click here).

Bottom line, there seems to be some conflicting information out there regarding the safety of MS patients getting the shingles vaccine. This appears to be due to the complex nature of Multiple Sclerosis and the drugs used to treat it. Each patient is different, and no one-size-fits-all approach will cover all bases. Given my horrible experience with shingles, I'd say it's definitely worth a conversation with your neurologist to discuss whether or not you're a candidate for the shot.

(Warning, shameless self promotion ahead: Wheelchair Kamikaze has been nominated for Healthline.com's "Best Healthcare Blog" contest. If you feel WK deserves such an honor, please cast your vote on the contest webpage (click here). Just scroll down at the contest webpage until you see the blog name, Wheelchair Kamikaze is currently in fourth place).