The Best Thing That Ever Happened to Me...

I've had some terrific experiences in my life.

When I was a high school senior, late one night my friends and I broke into Shea Stadium, which until recently had been the home of the New York Mets. Under the cover of darkness, we sat in the stadium's clubhouses and dugouts, and ran around the very same base paths trod by our baseball heroes.

During my fifth ever round of golf, I hit a hole-in-one on a short par three hole.

But as memorable as these events have been, by far the best thing to ever happen to me is named Karen.

By some unfathomable stroke of good fortune, this incredible woman is somehow my wife. She is beautiful and kind, smart and funny, endlessly patient and relentlessly upbeat. Karen is simply a good soul. Despite my illness, the balance sheet of my life will forever be in the black because it includes her, a credit so positive that it far outweighs any debits that have or ever will come my way.

Of course, nobody is perfect. Much to my chagrin, Karen doesn't enjoy Godzilla movies. She's not that crazy about zombie movies, either, especially right before bedtime. (note to self: great idea for screenplay-"Godzombie")

Don't let anybody ever tell you that it's impossible to meet a great person in a bar, or that the only thing you are likely to pick up in a pub at 4 AM will doubtless require medical attention. I can happily report that both of those pieces of conventional wisdom have been proved wrong, as Karen and I did indeed meet in the early morning hours at a neighborhood saloon, an establishment that neither of us normally frequented. Call it coincidence or kismet, but in the unlikeliest of places I found the stuff that dreams are made of.

Karen and I married, as they say, "later in life", tying the knot in our late 30s. Just around the time of our first anniversary, I was diagnosed with Progressive Multiple Sclerosis. It would have been perfectly understandable if Karen had decided that this was simply too much to deal with and had taken a powder; it certainly wasn't what she signed up for. I was stuck with the illness, but Karen could have opted out, and I often wonder if I would have been as brave and steadfast at the news had the roles been reversed.

Since that unhappy moment, her devotion has been inspirational. She's been by my side through every doctor's appointment and frightening medical procedure, has quite literally picked me off the ground physically and lifted me up emotionally, and has done it all with strength, humor, and grace.

The rest of the world sees a kooky and funny and sometimes intrepid Wheelchair Kamikaze; Karen lives with the human being who struggles daily with the despair that comes with progressive illness, who tries his best to keep an even keel through the storm, but often falters. She is my anchor and my light, my comforter and my guide, my lover and my friend.

When in moments of darkness I ponder whether there is order and justice to the universe, whether we are all alone or guided by some unseen hand, I have only to look to Karen to see that there is reason for faith.

To borrow a line from Brian Wilson, God only knows where I'd be without her... 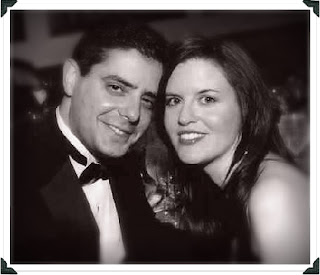 Posted at 11:18 AM
Email ThisBlogThis!Share to TwitterShare to FacebookShare to Pinterest