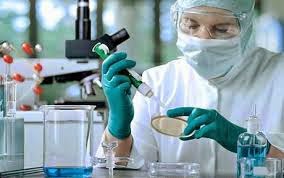 The National Multiple Sclerosis Society (NMSS), by far the largest MS nonprofit organization in the US, has three times rejected grant applications from the Tisch Multiple Sclerosis Research Center of New York, which were submitted in an effort to procure funding for what is now the only FDA approved regenerative stem cell trial being conducted on MS patients in the nation. The trial in question uses a very sophisticated approach to this experimental therapy, arrived at after over a decade of development in the laboratory, in an attempt to repair nervous system tissues damaged by multiple sclerosis (click here). The failure of the NMSS to help fund this trial is, at the very least, extremely disappointing, and should be of great concern to all those who support the organization.

The goal of nervous system repair and regeneration has long been a Holy Grail of MS research, and investigations into using stem cells to achieve this end hold terrific potential. MS patients around the world are eager to see stem cell research accelerated, as dissatisfaction with current treatment paradigms runs rampant in many segments of the MS population. Patients with the progressive subtypes of the disease are especially desperate for innovative new treatment approaches, as no existing therapy has been shown to put a dent in these especially insidious forms of multiple sclerosis.

The level of desperation felt by many members of the MS community has fueled a rapidly growing medical tourism industry largely comprised of unregulated offshore clinics offering unproven stem cell therapies at prices that can easily amount to many tens of thousands of dollars. The lure of copious bundles of cash to be made by offering such therapies has attracted at least one despicable con artist into the fray, as I wrote about in my last Wheelchair Kamikaze entry (click here). I fear there may be many more lurking in the weeds.

Given the current "Wild West" atmosphere surrounding the commercial MS stem cell industry, it is vitally important that precious research dollars be expeditiously directed to legitimate, scientifically valid stem cell studies being conducted by the best of the best, scientists with proven track records of academic and scientific achievement in the fields of MS and neurodegenerative diseases. Just last week, the Canadian MS society announced that it was providing $4.2 million in funding for a 40 patient trial to be conducted by some of Canada’s most respected MS neurologists (click here). While the American NMSS provides funds for preliminary research inquiries into the use of stem cells to treat MS, most of them using animal or test tube models of the disease, the organization has inexplicably chosen to reject grant proposals submitted by the Tisch Center, despite the fact that the Center’s trial received a hard won FDA approval – the lack of which was cited by the NMSS as reason to reject the first grant proposal submitted by the Tisch Center – and is using a more sophisticated approach than any other regenerative MS stem cell trial to date.

Most previous attempts at using stem cells to repair MS damage have involved intravenously infusing a basic type of stem cell (called mesenchymal stem cells) back into the patient from which they were taken. The Tisch Center is taking this approach several steps further, using proprietary methods to transform raw mesenchymal stem cells into a type of stem cell known as neural progenitors, which are specific to the central nervous system. The cells are then injected directly into the spinal fluid of trial subjects, where, in theory, they should be more effective at effecting repairs and combating the disease. The first phase of this trial is now underway, and many of the trial's human subjects (including Richard Cohen, noted journalist and author – click here) have started receiving their stem cell injections.

I am a patient at the International Multiple Sclerosis Management Practice (click here), which is the clinic closely associated with the Tisch Research Center. I am therefore very well acquainted with the principal investigators running in this trial. I’ve been aware of their arduous efforts in the area of stem cell research almost since the day I became a patient at the clinic, in the summer of 2004, under the care of Dr. Saud Sadiq. The Tisch Multiple Sclerosis Research Center (click here) – which is funded entirely by a private, nonprofit foundation that is unaffiliated with any hospital, academic institution, or government agency – worked extremely hard at getting the FDA approval before embarking on their trial, submitting applications to the regulatory agency several times before finally getting the coveted approval in August 2013.

Unfortunately, receiving FDA approval and procuring the funding needed to proceed with the trial were two separate battles. In today’s tough economic environment research monies are difficult to come by. After receiving their FDA approval, the Tisch Center submitted two subsequent grant proposals for vitally needed research funds to the National Multiple Sclerosis Society, both of which were rejected without any viable explanation. Subsequently, the Tisch Center mounted extraordinary efforts to raise the necessary capital, culminating in a crowd funding effort through the Internet site Indiegogo (click here). The final $300,000 needed to start the trial was raised through this online effort, in large part from donations by patients themselves and those who love them.

With the first phase of the trial now underway, the researchers and administrators at the Tisch Center have their hopeful eyes fixed on phase 2, which is expected to expand the treatment to a greater number of trial subjects using lessons learned during the first phase of the study. This projected expansion will naturally require additional state-of-the-art equipment to be purchased and world-class researchers to be hired, and private fundraising efforts are already underway to procure the financial resources needed to facilitate these necessities, which are expected to require more than $1 million of investment.

I’m fully aware that the NMSS does some extraodinarily good work on behalf of the MS community. The organization not only funds research but also provides education and support to tens of thousands of MS patients in the United States, and has innovated many programs designed to help the MS community in a wide variety of ways. I consider several employees of the National Multiple Sclerosis Society friends, and the NMSS workers with whom I am acquainted are wonderful, bighearted, talented people fully dedicated to the cause.

I also know, though, that the NMSS – which has become THE face of multiple sclerosis to the American general public – has grown into a multi million dollar a year many tentacled behemoth, too entwined with and reliant on mainstream medical dogma, the pharmaceutical companies, and, perhaps on institutionally subconscious level, an increasingly unacceptable MS status quo; and that it can play unnecessarily rough when working with other, smaller MS nonprofits, which are often left to scramble for the fundraising scraps the NMSS leaves behind. That said, it is the knowledge of the power and potential for good represented by the NMSS that makes its repeated rejections of the Tisch Center’s vital research so discouraging and disheartening. One can only question the decision-making processes involved within the Society that would lead to the withholding of much needed funds from the Tisch Center, a transparent, fully certified nonprofit organization staffed by world-class researchers and some of the most caring physicians I’ve come to know, who are conducting cutting-edge stem cell research that has the potential to completely transform the MS treatment landscape.

As a patient with progressive MS who is watching himself slowly circle the drain, I’m outraged at the NMSS’s actions (or lack thereof) in regards to the Tisch Center’s ongoing stem cell trial, and as a human being who knows firsthand the dedication of some of the national organization’s staff I find myself confused and deeply saddened by the Society’s behavior in this regard. If there are politics at work, well, get over it, and if there are some other tangible objections the NMSS has to the Tisch Center’s research, by all means, state them loud and clear so they can be properly addressed. Time, and brain, is wasting…

The contact number for the National Multiple Sclerosis Society is 800-344-4867. A list of the NMSS senior leadership team, including email links, can be found by (clicking here).
Posted at 3:34 AM
Email ThisBlogThis!Share to TwitterShare to FacebookShare to Pinterest