Hunger Games: Back on the Chuck Wagon 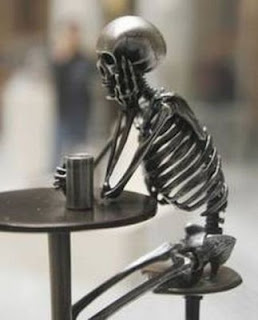 I finished this month’s round of the Fasting Mimicking Diet (FMD) last Friday. This time around, in addition to the five-day prepackaged Prolon diet (click here), I added an extra two days of my own design. I once again found the five day FMD to be surprisingly easy to complete. As was the case last month, the third day on the diet was the hardest but even that wasn’t too terrible, just some hunger pangs and a few wistful thoughts of key lime pie. By the fourth day, though, any feelings of hunger had subsided, and days four and five were a breeze.

Since things went so well over the prescribed five days, I went ahead with my plans to push the boundaries and extend the length of the Fasting Mimicking Diet with an additional two days of even more draconian dieting. On day six I ate about 25 olives over the course of the day, and drank water and a glycerol based energy drink that’s supplied with the Prolon diet. Because Prolon’s glycerol concoction is mixed with water in amounts depending on the dieter’s weight, I had plenty left over from the previous five days to make up a few more batches for my extended version of the diet. One day’s worth of energy drink supplies about 100 calories, and 25 olives provides another 100, so on day six I consumed a total of roughly 200 calories.

On day seven I decided to go liquid only, and confined my intake to water and the energy drink. Even so, I felt absolutely no hunger, and the day was actually kind of anticlimactic. Don’t know what I was expecting, but after six days of extremely reduced caloric intake, adding a seventh during which I consumed only 100 calories presented no problems whatsoever. I wasn’t very active, but then again being stuck in a wheelchair doesn’t make for a very physically active lifestyle. Even if I were to drive my wheelchair 10 miles, the effort only requires a modicum of pressure from my left arm and hand. Not exactly a high calorie burning activity, thus the presence of the bowling ball I seem to be concealing under my shirt.

Speaking of which, over the course of the seven days I lost about 5 pounds, which is exactly what I lost during last month’s five day FMD. I expected to lose more weight given the extra two days of fasting, but for whatever reason my bowling ball seems loath to shrink. I may have to resort to hammer and chisel.

I broke my fast on day eight with a cheese omelette and a bagel and butter, thinking these items fairly easy to digest. Apparently, my body had other ideas, and about 20 minutes after finishing my meal I was hit with a giant wave of fatigue that forced me to bed, where I crashed for a solid four hours of deep, deep sleep. I suppose after seven days of hardly having to devote any energy at all to digestion, suddenly being confronted with an omelette and bagel gave my body quite the shock, and my “awake” circuit breakers were slammed off in order to muster up the oomph to deal with the introduction of some solid food. Dairy and wheat (gluten) might also have presented my body with some problems other foods wouldn't have, but I've never had a problem digesting either. In any event, lesson learned, I’ll break next month’s fast with a simple fruit salad.

As for any changes in my disease state, I think it’s still too early to tell. I did have blood tests taken after day five of this month’s FMD, so we’ll see if they show any discernible signs of changes in my body chemistry. At this point I plan on doing the diet for at least two more cycles, tinkering with the formula in consultation with my naturopath.

Oh, I did reach out to Prolon about discounting their diet kit for patients with chronic illnesses. I was told to send an email to the CEO, which I did but so far have received no response. I’ll try again in a week or so and keep everyone posted if I make any progress in this regard…
Posted at 2:24 AM
Email ThisBlogThis!Share to TwitterShare to FacebookShare to Pinterest