I’m Off to the National Institutes Of Health… 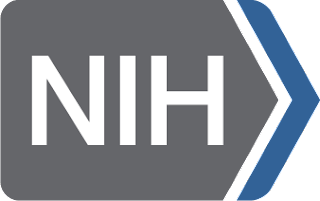 Just wanted to check in lest anybody think I vaporized or otherwise met with misfortune. I’ll have to keep this relatively short, as I’m scrambling to get ready to go to the National Institutes of Health (NIH) Clinical Center, in Bethesda Maryland. The NIH is the US government’s primary medical research organization, and they maintain a state-of-the-art clinical complex on a sprawling campus just outside of Washington DC.

I’ve been seen by the doctors/researchers at the National Institutes of Health (NIH) three times since 2009, when I was part of an NIH study that sought to identify patients with clinically definite multiple sclerosis so that these patients could be used in future MS trials. The NIH conducted this study because they had found the misdiagnosis rate of MS so high in some of their previous research efforts that the number of wrongly diagnosed patients were skewing the results of those trials. In some cases up to 15% of trial subjects were ultimately found to have diseases other than multiple sclerosis. Yes, this number is alarmingly high, and if you think you might be misdiagnosed I wrote an action-packed Wheelchair Kamikaze essay on the subject a few years ago, which you can read by (clicking here).

Being nothing if not pure of soul and kind of heart, I of course had only the noblest intentions for joining the trial, wanting simply to help further the exalted cause of science. Okay, before you’re overcome with nausea I’ll admit to other, less altruistic motives which might have played just a teensy weensy role in my schlepping the five and half hours from New York City to the wilds of the nation’s capital for a medical workup. I’d long suspected that I had, in fact, been misdiagnosed and I knew that as a subject in a study designed specifically to identify clinically definite MS patients I’d be getting a thorough going over by the world-class neuroimmunology team at the NIH, the prospect of which my obsessive impulses quickly latched onto, like a lonely nebbish wrapped around the finger of a femme fatale. Jeez, what an awful metaphor…

Okay, so maybe I’m not so pure of soul and kind of heart, but a selfish bastard interested in nothing more than me me me! Holy Mother of Moses it feels good to finally come clean! By 2009, just six years after my initial diagnosis, I had already been in a wheelchair for a year and despite undergoing all kinds of treatments both mainstream and alternative I was only getting worse. So, yes, I was desperately seeking answers, dammit, and I was dead set on getting them come hell or high water. There, I said it, and I’m glad I said it! Hey, stop looking at me that way or your face will freeze.

After several days of intense poking, prodding, zapping, and scanning, the assembled big brains at the NIH concluded that indeed I did not fit the diagnostic criteria for any form of multiple sclerosis, though they couldn’t come up with any reasonable alternative diagnosis either. Drats! I floated the idea that I might just have a severe case of the cooties, but the esteemed physicians quickly shot down that notion, too. Double drats! An unsatisfying result, to say the least, though the doctors did state that some weird form of MS certainly couldn’t be ruled out. So, as I’ve written previously, my doctors and I have agreed to go with an unofficial diagnosis of PPMS, which in my case stands for the Peculiar Paralysis of Marc Stecker. And, no, I won’t stop making that joke, because it’s just so damned clever.

Now, six years after our first journey to Bethesda, Karen and I will be packing up a rented wheelchair friendly van on Tuesday for yet another sojourn down I-95 to the NIH. Well, actually, Karen will be doing most of the packing since I'm, you know, a complete freaking gimp. I will, though, be driving my wheelchair with reckless abandon around the van as she packs it, in an attempt to keep away the roving hoards of New York City's notorious ne'er-do-wells, these days composed primarily of Wall Street bankers looking to suck every last dime from an almost extinct middle-class…

As I recently detailed in “Attacked by a Three-Headed Beast” (click here) my disease has been giving me quite the thorough ass whupping for the last five or six months, with my neurologic problems compounded immensely by an endocrine system gone berserk and a degenerative bone condition that delights in making my hips and shoulders feel like they are made out of red hot razor blades and shards of glass. Last month I contacted the good doctors at the NIH and told them of the situation, and they invited me to come down for another good going over. This time around I’ll be seeing not only the neuroimmunology team but also their endocrine doctors, and I’ll be getting an extensive series of MRIs and whatever other medical tests are deemed necessary. We’re scheduled to return to NYC Friday evening.

I’m hoping that now with all of the elements of my physical decrepitude apparently coming to a head, something will finally show itself that will elicit a flicker of recognition in at least one of the assembled NIH doctors and researchers and we’ll finally start to unravel the mystery of me. My hunch is that my endocrine problems may be playing a much larger role in my physical mess than was previously thought, a possibility that both my top notch New York City neurologist and endocrinologist agree needs to be explored. The general consensus now seems to be that I probably do have some form of progressive MS, but also some widespread systemic dysfunction that is making my body go kablooey.

Yes, in my case kablooey is an official medical term. In all probability my pituitary gland and/or hypothalamus has gone completely kablooey, which has in turn made the rest of my endocrine system absolutely whopperjawed, leading to a mishmash of messeduppedness that has left me feeling like absolute dreck, weak as a batch of watered-down hooch, muscles as wasted as Dean Martin on a bad night, and down about 25 pounds in only the last three or four months. I have lodged an official protest about all of this with the Cosmic Complaint Department, and if I don’t get some satisfaction soon somebody is going to get a severe tongue lashing, the likes of which hasn’t been seen since Groucho Marx made his introduction to Margaret Dumont in “Duck Soup”:

Yes, if my disease doesn’t want to leave in a taxi, it can leave in a huff. If that’s too soon it can leave in a minute and a huff… One way or another, though, it’s gotta go. If it’s one thing I can’t stand it’s a horrendous, crippling illness that overstays its welcome like a houseguest who’s searching the cupboards for more Cheez Whiz while you’re putting on your pajamas. Jeez, what an obvious metaphor…

I’ll report back upon my return from the hallowed halls of the NIH…
Posted at 12:23 AM
Email ThisBlogThis!Share to TwitterShare to FacebookShare to Pinterest