Back from the NIH: Unfortunately, Nothing Dramatic to Report 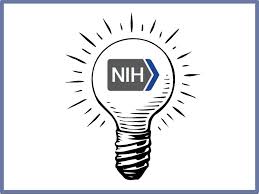 Well, I’m back from my sojourn to the nation’s capital in search of answers regarding my ever progressing and relentlessly stubborn illness. Sorry it’s taken so long to report back, but the trip left me pretty exhausted, and for the last week or so I just haven’t been myself. Oddly, I think I’ve been Ethel Merman, but that’ll have to be a subject for another blog post…

On the evening of June 23, Karen and I packed ourselves into a rented wheelchair accessible van and hoofed it down to Bethesda, Maryland (just outside of Washington DC) for a visit to the National Institutes of Health, where I was examined by members of their neuroimmunology and endocrine teams. I haven’t yet received a final report, but it doesn’t look like any new discoveries or insights were made about my condition. Despite the fact that I try to keep my expectations in check, this time around I thought that maybe, just maybe, some aspect of my disease would raise its ugly little head high enough to be recognized by one of the doctors handling my case. I’ve been feeling particularly cruddy the last several months, so I thought that perhaps some kind of shift might have occurred that would lead to an “aha” moment. Alas, it appears ‘twas not to be…

The NIH is the US government’s primary medical research organization, and is staffed by some of the best minds in the business. As a taxpaying US citizen who also happens to suffer from a chronic illness (and who is also a bit of a medical research wonk) my visits to the NIH are always interesting, if only to see firsthand our tax dollars being put to good use. For those qualifying for the NIH’s many ongoing studies, treatment is absolutely free, and the NIH Clinical Center, located on a sprawling campus packed with research facilities, is top-notch. Though I’m no longer part of an NIH study, once you’re in you’re in, and I’ve been making semi regular visits to Bethesda ever since 2009 in my quixotic quest for answers to my medical conundrum. Hey, I used “quixotic” and “conundrum” in the same sentence! Bonus points!

This time around I saw the MS neuro who is in charge of my case, Dr. Irene Cortese, as well as a member of the NIH’s endocrine staff. I underwent a full neurologic exam, had MRIs done of my brain, spine, and pituitary gland, lots of blood taken, and had few functionality tests thrown in just for good measure. All of this over the course of two and half days, which made for a pretty grueling schedule. Especially since the NIH doesn’t keep to my nocturnal ways, forcing me to acknowledge that yes, there is such a thing as morning. As a matter of fact, on day two of our visit I had to get up at the ungodly hour of 5 AM to be ready for an early morning MRI appointment, and getting up at 5 AM is NOT in my repertoire of favorite activities. As a matter of fact, going to bed at 5 AM is more my style. Maybe the NIH should have tested me for vampirism. Just call me Count Gimpula.

As I mentioned, I have yet to receive a final report, but I do know that my MRI images were once again unchanged, which is no surprise since they haven’t changed at all since I was diagnosed over 12 years ago. Same two lesions as always, one tiny spot in my brain (again termed “insignificant” and perhaps not even related to my illness), and a big juicy one right at the top of my spinal cord, where it connects to the brainstem. Not a great spot for a very invasive lesion, as there’s lots of important stuff going on in that area with little extra real estate available for any rewiring or other physiological workarounds. My neurologic exam confirmed that I have gotten significantly weaker over the last year and that my muscles have noticeably atrophied. Some of this atrophy might be attributed to all the weight I’ve lost, which in turn might be attributed to my endocrine problems. No surprises there, either.

Speaking of my endocrine problems, I was seen by a member of the NIH’s endocrine staff, a young “fellow” (this particular fellow happened to be a woman), who while quite diligent didn’t seem to want to even try to integrate my myriad endocrine dysfunctions with my neurologic problems. This is one of my pet peeves with modern medicine – it’s become so damned specialized that each individual specialist views the patient through their own very narrow lens, making it almost impossible to find someone to put together all the pieces of the puzzle. The situation is kind of like that old parable about three blind men trying to describe an elephant. One feels the trunk and thinks the beast is a very large snake. Another bumps up against the elephant’s leg and declares that he’s dealing with a tree. The third reaches out and touches the animal’s side and says he’s come across a wall. All very reasonable assumptions, but all quite wrong.

And here I am, presenting with a wide assortment of debilitating symptoms that to me scream “weird systemic disease”, but each specialist I see concentrates only on one very specific aspect of whatever it is that ails me. Sure, I suppose it’s possible that my neurologic symptoms are completely divorced from my endocrine symptoms which are completely divorced from some of my other strange findings, but common sense would seem to dictate that there must be some common thread running through all of them. But I guess I’m just the Count Gimpula Elephant Man who every now and finds himself turned into Ethel Merman, so why look any further? Shouldn’t I at least have my own reality show?

My pituitary MRI showed that I do not have a pituitary tumor, which counterintuitively might actually be bad news, since pituitary tumors are almost always benign and very treatable, so if I did have one something could be done about it. I do suffer from something called Empty Sella Syndrome (click here), meaning that the space in my skull that should be taken up by my pituitary gland is largely vacant due to the fact that my pituitary has shrunk or become flattened. Why? Who knows? I’ve never gotten an answer. I’ve known about this condition since around the year 2000, but somehow this further physical weirdness never seems to get fully factored in to my complicated diagnostic mess. Really though, since it's so evident that I'm the Ethel Merman Count Gimpula Elephant Man, why bother?

So, there you have it, a nutshell summary of my trip to the NIH. The actual trip itself was okay, aside from the fact that the hotel in Maryland decided to forget that I’d reserved a handicapped accessible room so I could barely get into the bathroom the first night of our stay (we didn’t arrive until after 1 AM and had to be out and about by midmorning the next day, so the mistake wasn’t calamitous), and getting back was a slow 7 ½ hour crawl through Northeast corridor traffic, which was none too kind to my crumbling hips. Still, nothing ventured, nothing gained, even if it doesn’t look like very much was gained. Who knows, maybe once the NIH doctors convene and go over all of my test results something will have revealed itself and I’ll be pleasantly surprised with the final report, but I’m keeping my expectations to a minimum.

Much thanks to everybody who sent me well wishes and notes of support, all of them greatly appreciated. In return, I give you this very private video of me recovering during the week after my return from my visit to Bethesda, when I still wasn’t quite myself…

Posted at 12:02 AM
Email ThisBlogThis!Share to TwitterShare to FacebookShare to Pinterest