The Starvation Chronicles: Day One 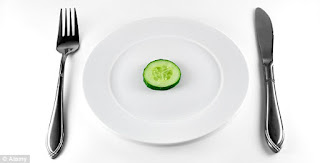 As I wrote yesterday (click here), from now through Tuesday I’ll be subjecting myself to a Fasting Mimicking Diet (FMD), in the hopes that severely reducing my caloric intake for five days will force changes in my body chemistry and cellular activity, with the goal of reducing autoimmunity and jumpstarting my natural stem cells to regenerate damaged tissues. The diet is also used by some in the hopes of increasing longevity, but that’s not my immediate goal. As far as I’m concerned, life is all about quality, not quantity.

I’m happy to report that day one is in the book. Or, in this case, on the blog. And so far so good, I must say that today’s 1100 calorie intake was easy peasy lemon squeezy (a term that is used all too rarely in medical literature). As I write this, I’m not feeling hungry at all.

I’m using prepackaged foods provided by a company called Prolon (click here). Though the company recommends a daily menu of suggested meals using the items provided for each day, they do state that meals can be combined any which way a person chooses. Which is great, as I am an avowed night owl – I’m writing this at 2:30 AM – and due to of my odd schedule I typically only eat two meals a day, skipping breakfast because I don’t do mornings. As an old jazz man once said, I’d prefer not to know that there are two 10 o’clocks in one day.

So, I combined the suggested breakfast and lunch items into one “big” midday meal. It consisted of a tomato soup that was shockingly yummy, a nutritional bar made up of a variety of nuts, coconut, and honey that was not half bad, some crackers made of kale, seeds, and cumin that had a nice little kick to them, and five green olives. I love olives. My lunchtime beverage was spearmint-lemon herbal tea, and some water. The diet allows you to drink as much water as you want.

Tonight’s dinner was minestrone soup, which actually tasted more like a barley soup. Since I was expecting minestrone, at first the taste was a little offputting, but once I decided I was actually eating barley soup it was much more palatable. We do indeed create our own realities. Along with the soup I had another one of those nutritional bars, and for dessert a different, smaller nutritional bar that contained some cocoa. Spearmint tea was the beverage of choice.

All in all, a very pleasant start to this starvation diet journey. Tomorrow I drop down to the 800 calorie mark, which will be maintained for the remaining four days. According to Prolon, the second day is usually the hardest, as the body then adjusts to the new diet regimen. Call me crazy, or maybe even a nut job, but I feel like today’s easy start has removed some of the pressure I was feeling about the diet. Who knows what the next few days will bring?

Oh, a tremendous thank you to everybody who responded to yesterday’s announcement of my impending diet with comments (both here and on Facebook) and notes of encouragement and advice. I wish I had the time and energy to answer each individually, but please know that they have all been read and greatly appreciated.

I'm happy to announce that Healthline.com has named Wheelchair Kamikaze one of 2017's best MS blogs. A big thank you to Meagan Jones and the rest of the Healthline team. I urge all WK readers to head on over to Healthline's 2017 list (click here) and check out the other chosen blogs. There's a lot of really good stuff there!

Posted at 3:09 AM
Email ThisBlogThis!Share to TwitterShare to FacebookShare to Pinterest